An Emotional Day of Reflection

Today, our morning started from a new hotel in Haifa. We went to Mt. Carmel and the Baha’i World Center. The gardens were picturesque and provided a wonderful view of Haifa from the bay to the top of the mountain. 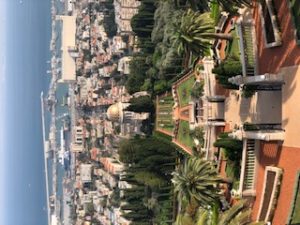 Our guide at the Baha’i World Center shared that the gardens have 19 levels, all of which are different.  The garden faces the city of Acco which is where worshipers face when praying.

The Baha’i faith is an independent world religion that has more than 5 million worshipers. The Shrine that we visited is the resting place of Ba’b. We learned that there is no clergy in their faith and that equality is a standard in their religion.

The Baha’i faith teaches an essential message of unity, teaching that there is only one God and one human race. Many of their principles like abandonment of all forms of prejudice is in line with our diversity work through the IDEAS Center.

Following the gardens, we then moved on next to Lochamei Hagetaot and the Ghetto Fighters House Museum (GFHM), which is on a kibbutz.  A kibbutz is a simple and pleasant community with no tall buildings and lots of trees. 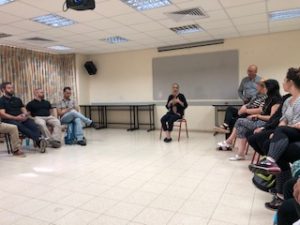 The Ghetto Fighters House Museum is a house of education where students can learn about influencing the future and building a better society. The staff shared three items that were important-

While at HFHM, we were able to participate in an interactive display featuring items from Holocaust survivors – paintings, trinkets, clothing, and much more. The building featured four floors. We were able to see most of them. On the rooftop, where we had lunch, we were able to get a 360 degree view of the area around us – seeing Western Galilee and the Lebanon border.

The outside features an amphitheater that seats roughly 10,000 people, which is filled for the Holocaust remembrance ceremony every year.

We visited the Children’s Memorial and education center (Yad Layled) which features beautiful stained glass windows that are replicas of paintings completed by Holocaust survivors.

As a part of this tour, we were posed the question, was the Holocaust a warning or a precedent?  Pondering this made me feel scared.

This trip in the Children’s museum was very emotional. When looking through the eyes of the children and how they experienced the holocaust, many of us who are parents could not help but think of our own children and imagining what their experience would have been like there.

Our tour then took us to the Humanistic Center, on the kibbutz, and Noha Khatib, the Director of the Center.

Noha, a Palestinian Arab, shared her experience of being a Palestinian in Israel and the importance of teaching understanding and empathy to the students that come from all over Israel to their Center. The students come to the Center from schools segregated by their religion – Jews and Arabs – to learn from each other through their pain. She told us to “make space in our heart” for others that are different from us.

I found myself drawn to Noha and her work.  These values are extremely important and meaningful to me in the work that I do with the JCC and the IDEAS Center. These issues may not be the same as what we face in York and the United States, but understanding differences and each others’ experiences is.

Following our luncheon, members of our Board, Andi Liss and Chair Bruce Bushwick, presented a check from the JCC’s Israel campaign to the CEO of the GFHM, Yigal Cohen. A check was also presented to Eli from the Children’s Village. 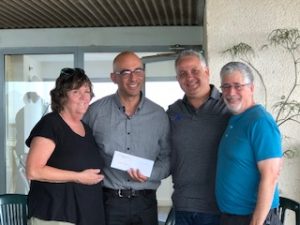 We wrapped up this stop with the planting of a tree in memory of Leonard Kaufman, president of the York JCC board from 1974-1975. 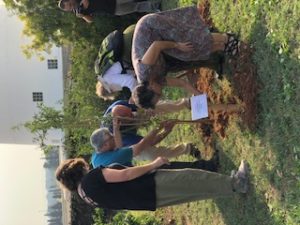 Our bus then took us to the northern part of Israel where we took a trip into the grottos at Rosh HaniKra and walked to the border of Lebanon. 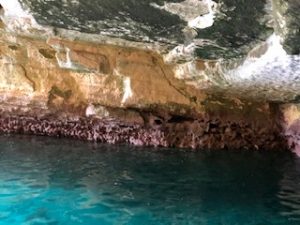 Our final stop before dinner took us on a guided tour of the city, Acco, where we visited Jazzar Mosque, walked through their market and learned about the history of the city. 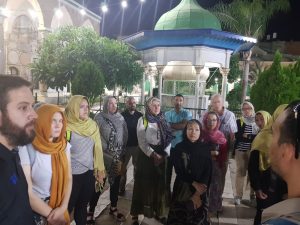 We finished off the day at the home of our CEO, Dani Fessler and his partner, Orit Cohen, with dinner, reflections and resting our feet after almost 5 miles of walking.