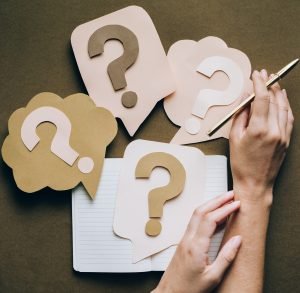 I hope this goes without saying, but being well-educated on a subject is a good thing! With that said, when a personal trainer or someone in a similar fitness position throws out lots of jargon or complex language when speaking to their clients or in public, there are generally two reasons for it:

In the first case, there’s nothing malicious going on, and it’s often a product of being new to personal training. Personal trainers are nothing if not enthusiastic, and someone brimming with knowledge of fitness and nutrition is usually eager to share that information with their clients. However, it’s also easy to forget most people haven’t spent their entire lives studying the minutia of human anatomy for fun, nor would most people have had any practical reason to learn most of the terminology encountered in the academic field of exercise physiology. It’s akin to learning a new language, as it were. I could talk about the horizontal abduction occurring in the bench press, gluconeogenesis in energy production, or the Krebs cycle (yuck, google at your peril), but there’s no real reason to do this.

This leads us to the more pernicious second situation, which is generally a tactic used by people trying to make themselves sound smarter or erroneously differentiate themselves from others. As you might expect, this is usually followed by a sales attempt, whether that be for themselves (“come train with me because I know so much more than these other trainers”) or an ideology they subscribe to. The boring truth of the matter is that there has been very little innovation in the world of strength and conditioning and fitness in the last few decades, but that’s because the boring basics work really, really well, and most people don’t have them perfected when they seek out professional advice. Would you rather have someone carpet bomb you with jargon and needlessly elaborate exercises, or master the things known to be maximally effective?

This is simple enough, but you should be able to understand what trainers and fitness professionals are saying to you! If you can’t, it’s an error on their part, and you should seek further explanation on the subject. I often pair verbal explanations (with commonly understood terminology) with physical demonstrations to try and connect the things I’m saying in people’s minds, but in any case you should be able to understand the “why” of what you’re doing. Any trainer should want you to understand these things and is in a teacher’s role, so they should be teaching as well as giving you a good workout! As always, beware of sales sharks.

Ask about our complimentary J-Fit Plan

Enjoy a complimentary live or virtual session with a trainer in which you can discuss your current workout routine, nutrition, and health habits. Your trainer will help you formulate a plan for your time at the gym and the wide range of live and virtual options offered at the JCC.

The views expressed in editorials and opinion pieces are those of each author and not necessarily the views of the York JCC.