York JCC Helps Former Marine Get Back On His Feet

Dellas Edmisten’s recovery is just one of the success stories you’ll find at the York Jewish Community Center.

Gritting his teeth, Dellas Edmisten slowly reached down with both hands, only to have his fears confirmed—both kneecaps were gone.

The York resident had been jumping with his youngest child on a trampoline, going for one last slam dunk when it happened. He landed wrong. There was pain. He couldn’t get up.

Dellas, who had spent four years in the Marine Corps, quickly triaged himself. He ordered his family to pull both his legs – hard – moving the hinge joints back in place. Then, he asked for quiet prayers while emergency responders were in route.

He knew the news was bad: severed patella tendons in both knees; surgery to reattach them; months of therapy, just to get on his feet again.

“I knew I would have to listen to my body,” the 47-year-old father of four said. “But, I was ready to push hard, every day.”

Zach Detwiler has been a member of York’s Jewish Community Center since he was a year old. His father, David, helped install the heating and plumbing on the original building.

Zach grew up a mile from the site, moved to California, then came home in 2011 to translate a passion for fitness into work at the same place where he learned art and swimming as a kid. Today, he’s the JCC’s Fitness Center Manager, overseeing 20-plus trainers and a wide range of programs.

“There’s no lack of gyms in this area, but when people come in here, they have a story to share,” Zach says, “and for me, it’s always about that relationship.”

Like the one he had with a local father of four, a Marine who had spent nearly a year with Zach to work on his physical fitness.

So when he heard about Dellas Edmisten’s injury, Zach understood just how big of a setback it was. But Zach also knew his client; he knew how he’d respond.

“When you’re done with your initial rehab,” he told Dellas, “come see me.” 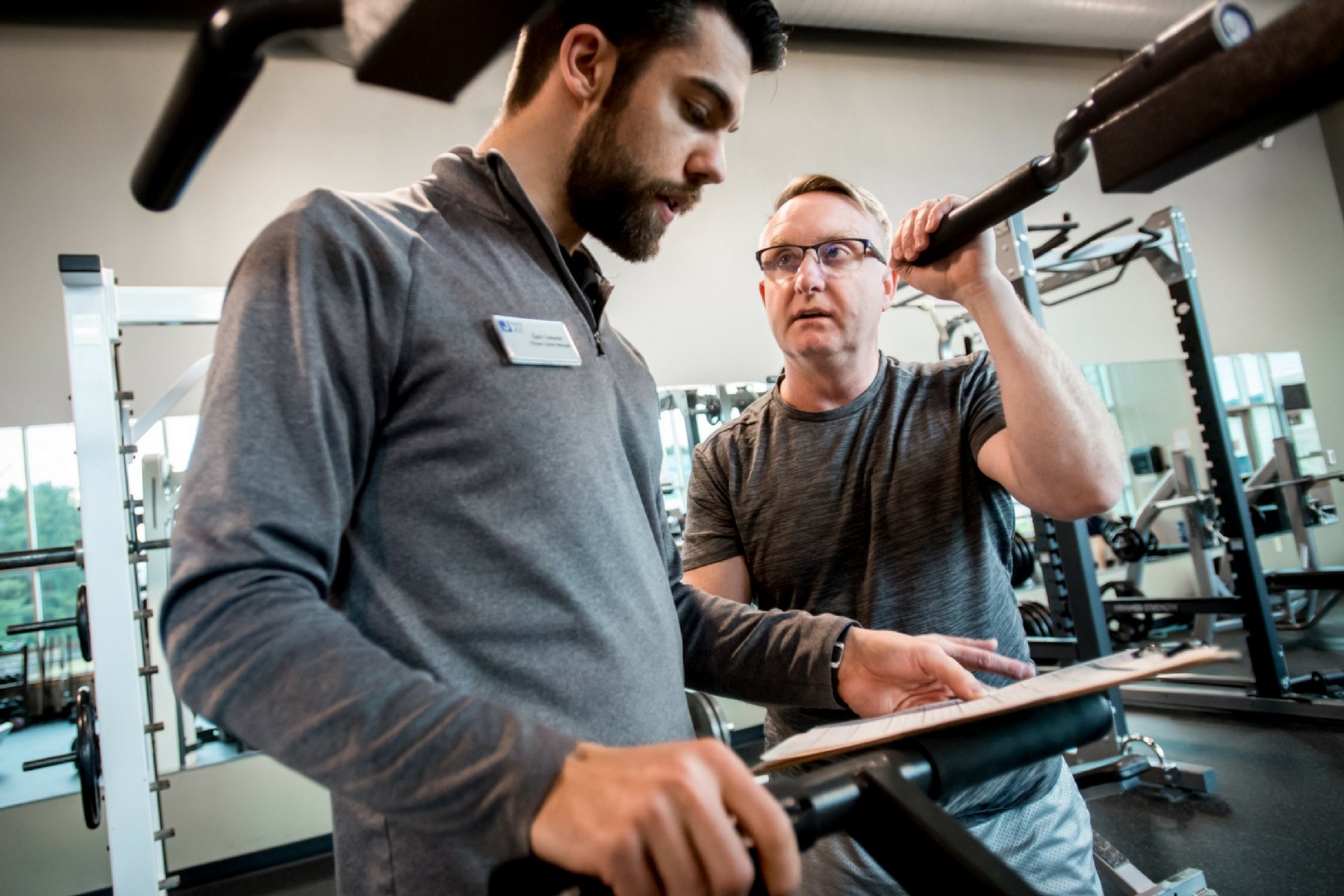 Dellas needed a drill instructor. The surgery in March was a success, and the physical therapy had gone well. But by July, it was time to get back to Zach, to stand on that foundation of trust the two had built.

“I knew he would have my best interest in mind the whole time,” Dellas said. “I still get choked up just talking about it.”

The pair spent three days a week together, working to strengthen not only Dellas’ legs and core but also his confidence after an injury he admits left him with frightening flashbacks.

When doing rehabilitation work, JCC trainers are careful to study every aspect of a client’s injury, consulting with doctors and tailoring a regimen unique to each circumstance. From there, the focus is on getting to a goal together.

Zach knew Dellas had the mental strength to overcome the challenges ahead – that if he opened the door, his client would push through pain to walk through it.

“I knew he would make leaps forward,” Zach says, “because he’s got the strongest willpower of anyone I know.”

‘You Are Doing This’

The JCC has never been just a gym, Dellas says. His daughter recently had her 16th birthday party at the York JCC. His wife has begun working out there and has seen improvement in energy and focus. It’s where his four kids learned to swim.

“The JCC has just been a vital component to our family’s story,” he says. “We’re making lifelong memories there.”

Zach has plenty of memories, too, including some emotional ones with that Marine who first came in a couple of years ago.

Eleven months after a traumatic injury, Dellas is off his crutches and back on his feet. He can flex his heels up to his glutes and even jump a few inches off the ground. He’s working hard, and he’s a little stronger than he was yesterday.

Such are the rewards for a local trainer bettering people’s lives inside a community center his father helped to build. Such are the stories of success, too. More of them every day. So, no matter where you are, no matter how far you feel from your goal – listen.